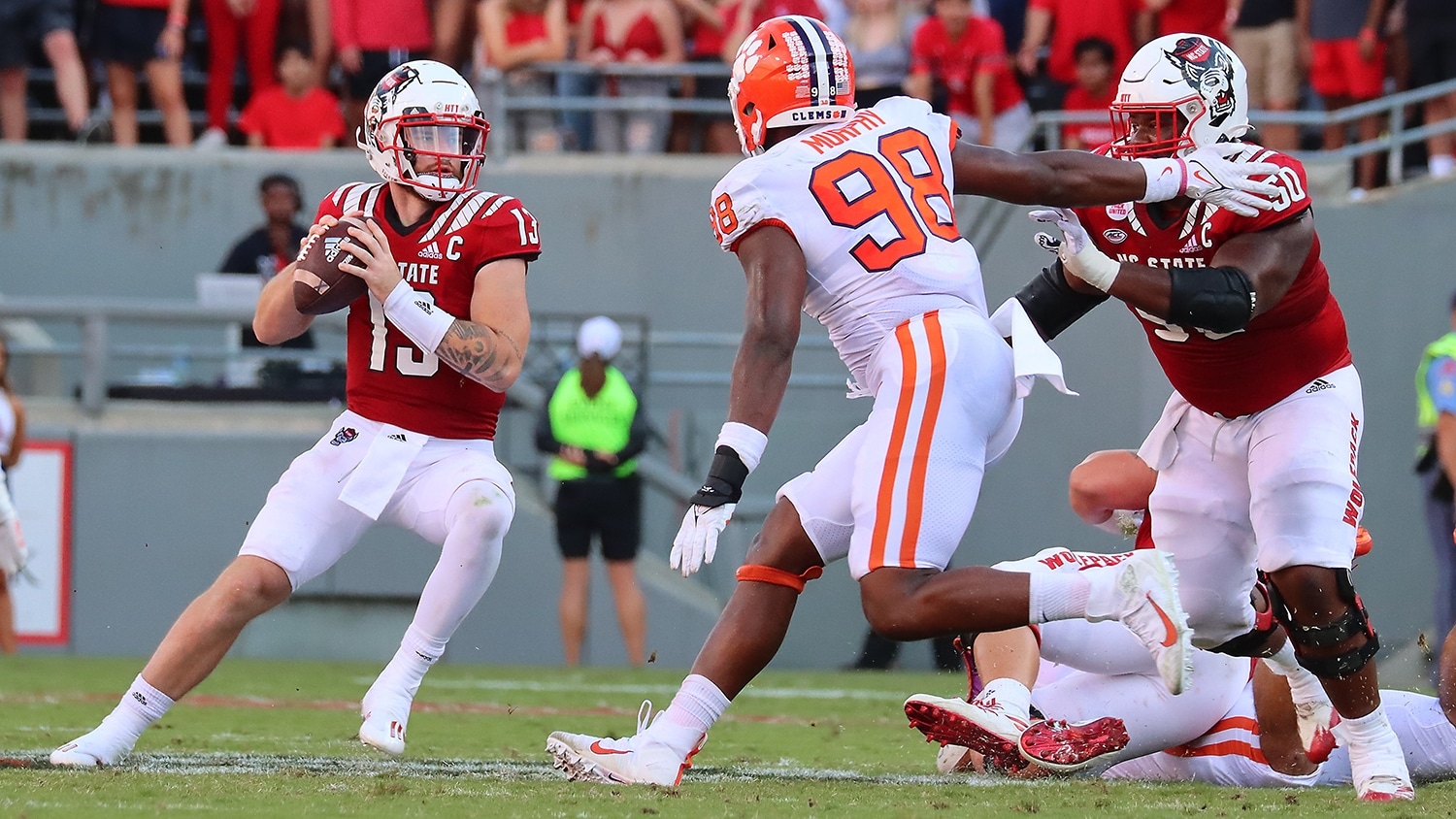 Student leaders at NC State and ECU came up with a fun way to dramatize their schools' rivalry on the football field. But the Victory Barrel never really scored with fans. You probably won't see it at this weekend's game at ECU’s Dowdy-Ficklen Stadium.

Just outside the president’s office in the Student Government suite at Talley Student Union sits a large oaken bucket, made by the Brooks Barrel Company of Cambridge, Maryland.

It looks relatively new and unweathered, not bad at all for an aging vessel that is now more than 15 years old. At times, it serves as an umbrella stand for the rain-soaked students doing the hard work of campus self-governance. For the longest while, its detached lid was stuck, upside down, in the bottom.

When NC State’s Student Government celebrated its 100th anniversary earlier this year, former Student Body President Chandler Thompson Boyle fished the lid out, turned it right side up and rested it properly on the top rim, revealing hand-painted NC State and ECU logos that make the Victory Barrel a coveted icon in the intermittent football rivalry between the Wolfpack and the Pirates, two of the UNC System’s largest institutions.

That series, which NC State leads 18-13, will be renewed this weekend when the 13th-ranked Wolfpack opens its season with a trip to ECU’s Dowdy-Ficklen Stadium for just the fifth time in the 52-year non-continuous history between the two schools.

The Wolfpack, with preseason ACC Offensive Player of the Year Devin Leary at quarterback and returning veterans on both sides of the ball, have high hopes for a breakout season nationally and are picked by some to break its 43-year conference championship drought.

Head coach Dave Doeren says it’s the most complete team he’s ever had as he begins his 10th season as the program’s leader, but Saturday’s game will be more about emotions than depth charts and execution.

“It’s a tough place — trust me,” Doeren said earlier this week. “Our team knows that as well. It’s been a topic of conversation [throughout preseason] about who we’re playing and where we’re playing.”

The Pirates, as they have done in three of the four previous meetings in Greenville, would like to spoil those hopes as the season begins, a favorite activity of the smaller school’s rabid fan base that revel in a perpetual underdog status, especially when the Pirates beat their Power 5 brethren. (In each of their last trips to Dowdy-Ficklen, NC State lost to the Pirates 33-30 in 2016, North Carolina lost 41-19 in 2018 and Duke lost 24-21 in 2005.)

Who knows what they might say in the aftermath of this year’s game when they celebrate the 20th anniversary of “Talk Like a Pirate Day” on Sept. 19?

This year’s trip to Greenville has multiple subplots. East Carolina’s former head coach, Ruffin McNeill, is now a trusted adviser on NC State’s coaching staff. Doeren is 2-2 against the Pirates, but lost in his only trip to Greenville. State won the last two meetings, in 2018 and 2019, both played at Carter-Finley Stadium. East Carolina owns a 3-1 record in games played at Dowdy-Ficklen and is 8-6 against the Pack since 1987.

That’s when the rivalry, contested annually for 18 consecutive years as the two schools steadily grew into major universities within the state system, both kicked into gear and came to an abrupt stop. After their team won a 32-14 nighttime game at Carter-Finley, some 2,000 East Carolina fans rushed the field, knocked down a retaining fence on their way to tearing down the south end zone goalpost and caused thousands of dollars in damage to the field. A total of 35 people were injured and there was one reported assault on a police officer.

That prohibition lasted until Jan. 1, 1992, when the Peach Bowl paired them as postseason opponents at the Georgia Dome in Atlanta. East Carolina won without incident, emboldening some to demand regular home-and-home games between East Carolina, NC State and North Carolina — with a little bit of pressure from some down-east politicians in the North Carolina General Assembly.

No, the legislature did not, as popular mythology goes, force both NC State and UNC to play the Pirates in Greenville, which would have been humiliating to the fans in eyepatches displaying hooked forefingers. However, a small group of state senators, led by Pitt County’s Ed Warren, hinted they would not support building projects on campuses in Raleigh and Chapel Hill unless the two schools planned games at ECU’s Dowdy-Ficklen Stadium. In 1995, administrators from the two schools came to terms.

“We didn’t tell anybody they had to do anything,” the late Warren said in a 1999 interview. “We eventually had some good discussions, and were able to get it done.”

The first regular-season game between East Carolina and NC State was in Charlotte in 1996. The next was in Greenville in 1999, and it quickly became known as the “biggest event ever East of I-95,” edging out what Orville and Wilbur Wright did on the Outer Banks on Dec. 17, 1903, just before the national interstate road system was completed.

The Pirates, after an enormous season-long buildup in the aftermath of Hurricane Floyd, won that game 23-6, a victory that definitely meant more to many in Dowdy-Ficklen that day than the invention of manned flight.

There were more games in both locations through the years, but the only time NC State won in Greenville was in 2007, Tom O’Brien’s first year as head coach.

In 2018, the two schools agreed to play a game in Raleigh after both had early-season games canceled because of Hurricane Matthew and signed contracts for two future games, one in 2025 in Raleigh and one in 2028 in Greenville.

A Barrel of Fun

The history of the barrel is almost as complex as the history of the football rivalry. It was the idea of the East Carolina student government officers in the summer of 2007. The vision was to use it for scholarship and philanthropic fundraising, for school spirit and as an answer to the Victory Bell that goes to the winner of the annual Duke-North Carolina game and other such trinkets and baubles in college football rivalries around the country.

Little known fact: The original concept was that the wooden prize would go to winner of what was to be called the Pork Barrel Challenge, in homage to the state budgeting fight over the rivalry. It was shortened to the Victory Barrel before the 2007 game.

However, there were some in Raleigh who didn’t like elevating East Carolina to the same level as long-time annual ACC rivals like North Carolina and Wake Forest.

“It kind of died on the vine before it ever got started as a tradition,” says Raleigh lawyer T. Greg Doucette, who was Student Senate president when the barrel was introduced.

Among the intentions were to tip the lid to divided families among both fan bases, such as brothers Wendell and Pete Murphy, pork producers from Rose Hill who are both significant benefactors to their alma maters. Both NC State and East Carolina have football operations buildings attached to their stadiums named the Murphy Center.

“We had hoped it would be a great way to support student scholarships by rolling [the barrel] back and forth between schools each year to raise funds,” says Ashley Yopp, who was East Carolina’s Student Senate president at the time. “Obviously, that tradition never took off, but the barrel represented a newly forged friendship between the SGAs of both schools.

“It was one we hoped would build excitement and fun around the game each year, but in college-kid fashion, we probably neglected to share that vision with the next folks.”

So no one this week is talking much about the Victory Barrel. Likely, it will not make the trip to Dowdy-Ficklen, as it did in 2010, only to be left behind when the Pirates took a 33-27 overtime victory over the Russell Wilson-led Pack.

It returned to Raleigh a few years later and spent a significant time in a closet in the Witherspoon Student Center, outside the old Student Government offices there. When SG moved to Talley Student Union in 2015, it found its current home, sitting somewhat lonely outside the door of current SBP McKenzy Heavlin.

No one from Student Government is available to take the barrel to this weekend’s game, which will be televised nationally by ESPN starting at noon, but Heavlin says his leadership team has been in touch with East Carolina’s student government about how to transfer the barrel if East Carolina wins. 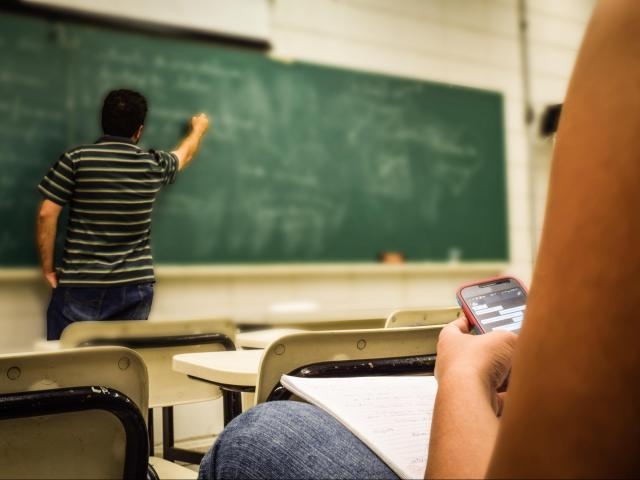 About one in three schools will now be on that list, with 864 total designated under new test scores, up from 488 during the 2018-19 school year. That’s the last school year in which schools were added or removed from the list. Placement on the list means... 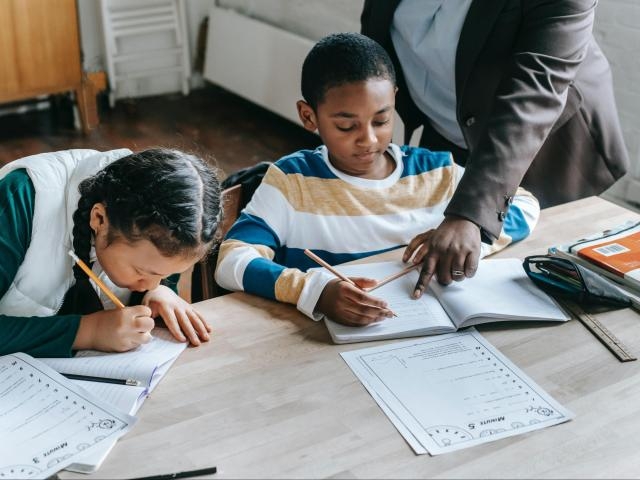 New data: Just about half of NC students test at grade level in most subjects 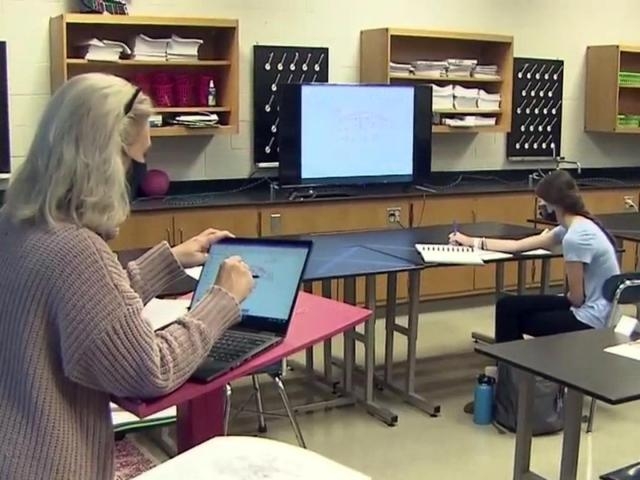 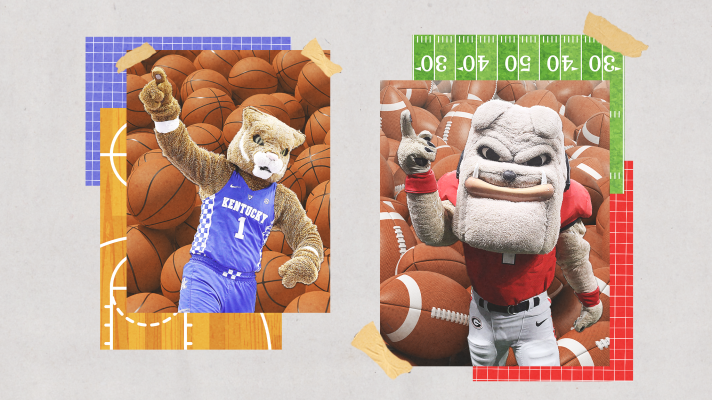 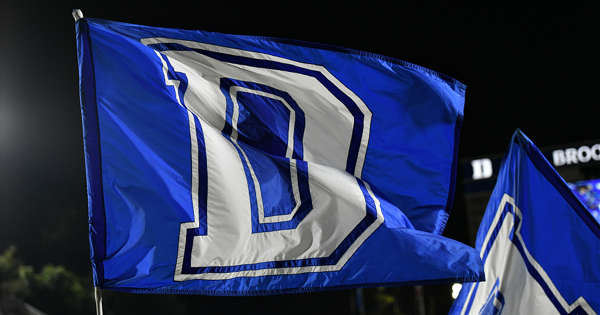